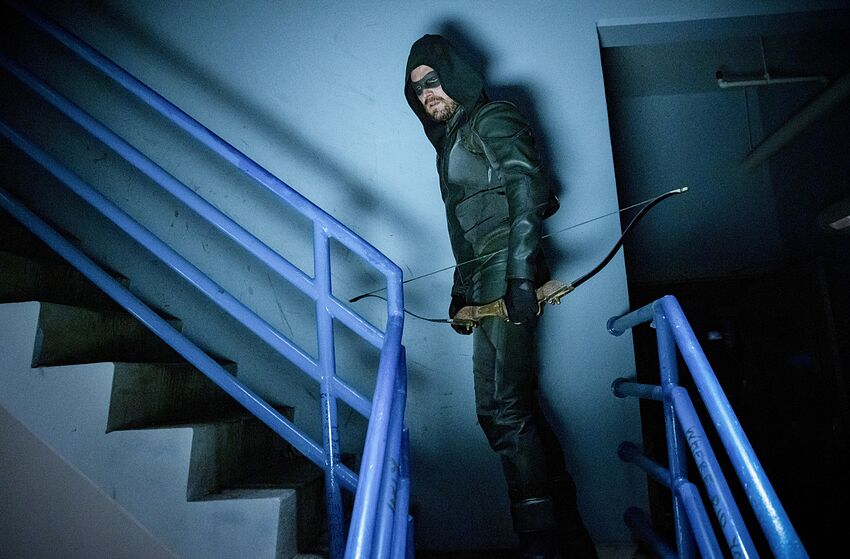 Arrow concludes its eight year-long run on The CW in 2020, but when does the final episode air?

Arrow has spent the better part of a decade reinvigorating the genre of comic book television. Launching a shared universe by spawning four spin-offs (with at least two more on the horizon),  the show debuted in the fall of 2012 and became the founding father of The CW’s Arrowverse.

Based on the DC Comics character Oliver Queen/Green Arrow, the show started out a dark and gritty reimagining of Oliver’s (Stephen Amell) return home to Starling City – after he spent five years stranded on a hellish island – where he sought to atone for his sins by making things right with the love of his life Dinah Laurel Lance (Katie Cassidy) and starting a reign of heroism by becoming the vigilante known as The Hood – later The Arrow and finally, Green Arrow.

The show is currently in the midst of its eighth and final season, where it has been building to major Arrowverse crossover Crisis On Infinite Earths.

That crossover served as an Arrowverse midseason finale, allowing all of the shows to take their annual holiday hiatus. But Arrow will return on Tuesday, January 14 (alongside DC’s Legends of Tomorrow) for its offering of Crisis.

After that, the show’s penultimate episode will air the following Tuesday – an episode that will serve as the backdoor pilot for the Green Arrow & The Canaries spin-off – before its series finale (season 8, episode 10) will air on Tuesday, January 28.

The episode, titled “Fadeout”, will focus on the aftermath of the Crisis crossover and attempt to wrap up Oliver Queen’s eight-season journey once and for all. And it will no doubt do so, leaving behind an incredible legacy for fans to enjoy over and over again.

Next: 25 most heartbreaking Arrowverse deaths of all-time

Are you looking forward to the final episode of Arrow? Will you be sad to see it go? How do you think it will all end? Let us know in the comments below!