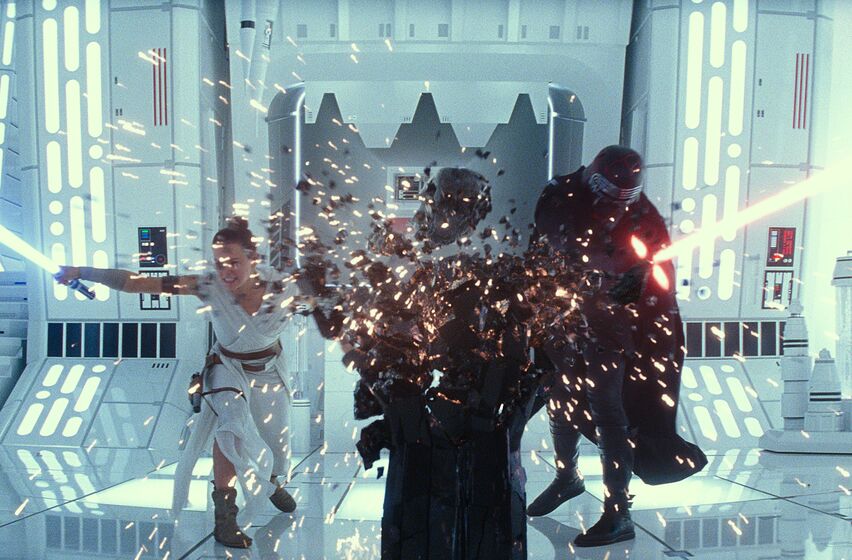 Daisy Ridley is Rey in STAR WARS: THE RISE OF SKYWALKER

The Rise of Skywalker has been out a few weeks now, and it’s enough time to look back on the questions presented before the movie and see how they played out.

Star Wars: The Rise of Skywalker has grossed nearly $1 billion, but it’s received very mixed reviews. Finding a satisfying ending for the Skywalker Saga was a tough task for J.J. Abrams and Chris Terrio.

Before the movie’s release, we published a post that asked 10 questions that we had for The Rise of Skywalker. The movie has been out a few weeks, so I’ve had some time to digest the movie, and it’s worth looking at how these questions did or did not play out.

One fair criticism of The Rise of Skywalker is that the movie presented more questions than answers. The opening crawl of the movie starts off by saying Emperor Palpatine is back. Fans who watched the trailers were curious to find out how he returned after he seemingly died in Return of the Jedi. Well, no clear answer was given. Palpatine is back because the Dark Side “works in mysterious ways.”

Questions about other characters like the Knights of Ren, Lando Calrissian, C-3PO, Luke Skywalker and Leia Organa were also brought up in my previous post. We still have no idea who the Knights of Ren are, and the novels and comics will probably fill in those details. Lando’s role was really just a cameo appearance, but he apparently has a daughter. Luke also had a reduced presence. C-3PO appeared to have his memory wiped, but R2-D2 did, in fact, prepare a memory back-up to bring things back to the status quo.

I said it would be in poor taste to have Leia die in The Rise of Skywalker, and the way it happened in the movie still leaves a bitter taste in my mouth, as is probably the case with a sum of fans. Could Leia have been written off in a better way? Sure, but there are more important criticisms from the movie.

These mainly involve the main characters. Kylo Ren found redemption, and Ben Solo going to help Rey on Exegol in her fight against Palpatine was one of the best parts of the film. Ultimately, Ben transfers his life force to revive Rey making a noble sacrifice similar to his grandfather in Return of the Jedi. This goes into the main question: how does the Skywalker Saga end?

Related Story: 5 Star Wars stories that are better than any of the films

The answer: a vague but peaceful future for our heroes, as Rey takes the name Skywalker in honor of Luke and Leia, something I figured would happen.

However, the question needs to be asked, what was all of this for? What is the overall theme or message the creators were getting across?

The Last Jedi established that Rey does not have an origin story. She’s nobody, at least from a certain point of view. Her parents wanted to be nobody because Rey’s grandfather is Palpatine. It’s revealed that Luke and Leia knew who Rey was but trained her anyway believing in her spirit. However, this point wasn’t really brought home, especially with the other characters.

Finn had an arc of being a stormtrooper who rebelled and wanted to do good. Poe Dameron went from hotshot pilot to learning humility. The Rise of Skywalker doesn’t really develop these characters unless character development is Finn becoming force-sensitive and Poe becoming a reluctant leader for whatever becomes of the galaxy after the First Order.

No matter what is said in the public, The Rise of Skywalker was clearly made to ignore the events that happened in The Last Jedi. There was no clear vision of what the new trilogy was supposed to be, and that is not acceptable in a world where the Marvel Cinematic Universe exists.

Despite the negatives, The Rise of Skywalker was enjoyable for me mostly because Rey and Ben Solo have become my favorite Star Wars characters. It’s disappointing that Abrams and Terrio went the retcon route and had Rey be a Palpatine, but it’s even more disappointing that they didn’t continue the theme that Rian Johnson presented of not being defined by who you are.

“Dark Rey” was a vision of Rey’s doubts, but the point of her character arc was not well-defined. Her future is unclear. She has a new lightsaber and ends where she began, relatively alone but now a Skywalker.

Kylo Ren’s redemption and resurgence as Ben Solo could have been an opportunity at telling an interesting story of atonement in the Star Wars universe. His confrontation with his father, Han Solo, was the best scene in the movie. Perhaps this could have been Leia but, due to the passing of Carrie Fisher, that wouldn’t have been possible and, instead, we got a brief face-to-face with Leia and Ben that only had a slight impact.

I am, by no means, saying I’m a genius and my ideas are the right ones, but I hoped to see something different. As a fan of”Reylo,” I also have a bias, but the moments between them were my favorite parts of the movie and the new trilogy. It would have been interesting to see the story of Ben realizing the errors of his actions and atoning for those mistakes in some way, but Abrams and Terrio took the Return of the Jedi approach and had Ben make a noble sacrifice.

This writer was correct in some areas, but most of my speculation turned out to be wrong. So what was the impact of the Skywalkers on the galaxy? Well, through nine movies, there isn’t a clear, well-defined answer.